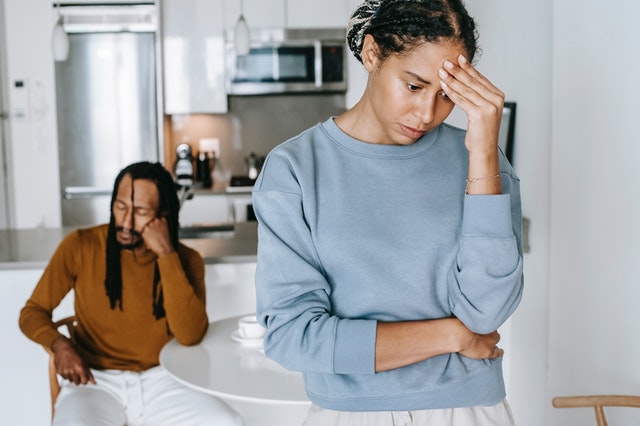 Readjusting for Marriage. There will always be those times in life where a wrong turn happens.  Many times, these days, using a GPS system to navigate where one may be going is a common tool.  However, due to unfamiliar territory the next turn to be made can be missed.  It’s not a place to say, ‘Forget it, I’ll just turn around and go back.’  Instead the GPS system simply recalculates and point you in the right direction.  Not shutting down because a turn was missed.  It’s a matter of redirecting, not getting frazzled and readjusting.

The relation with marriage is the same way.  It’s starting out with some direction and everything is going well.  Before you know it there is a bump in the road that appears to be too high to get over.

Shutting Down Because of a Wrong Turn

If shutting down is the answer to all the hiccups that will occur in life and marriage, there’s no reason to get out of bed.  There will always be ups and downs in a relationship that can give the notion of, ‘Why am I doing this, It’s too hard or I can’t take it anymore.’  This is where your trust has to be in God. Turning to Him with the mere fact that He will never leave you is one of His promises. (ref Hebrew 13:5).  And we know that He is not a God that lies.

A Matter of Refocusing

Readjusting for Marriage is worth it. Just as the GPS system recalculates the direction because of a wrong turn we too will have to readjust. It takes an intentional move in the right direction to get to the desired destination.  Marriage will never be a straight road to take.  All the turns, curves, hills, and mountains and oceans before you will become the journey of ‘We made it’, no, it wasn’t easy but it was worth it.’ Readjusting is a continued sacrifice in marriage.

Growth within self for finding peace and endurance allows God to work through you.  “Therefore, also now, saith the Lord, turn ye even to me with all your heart, and with fasting, and with weeping, and with mourning,” Joel 2:12 KJV